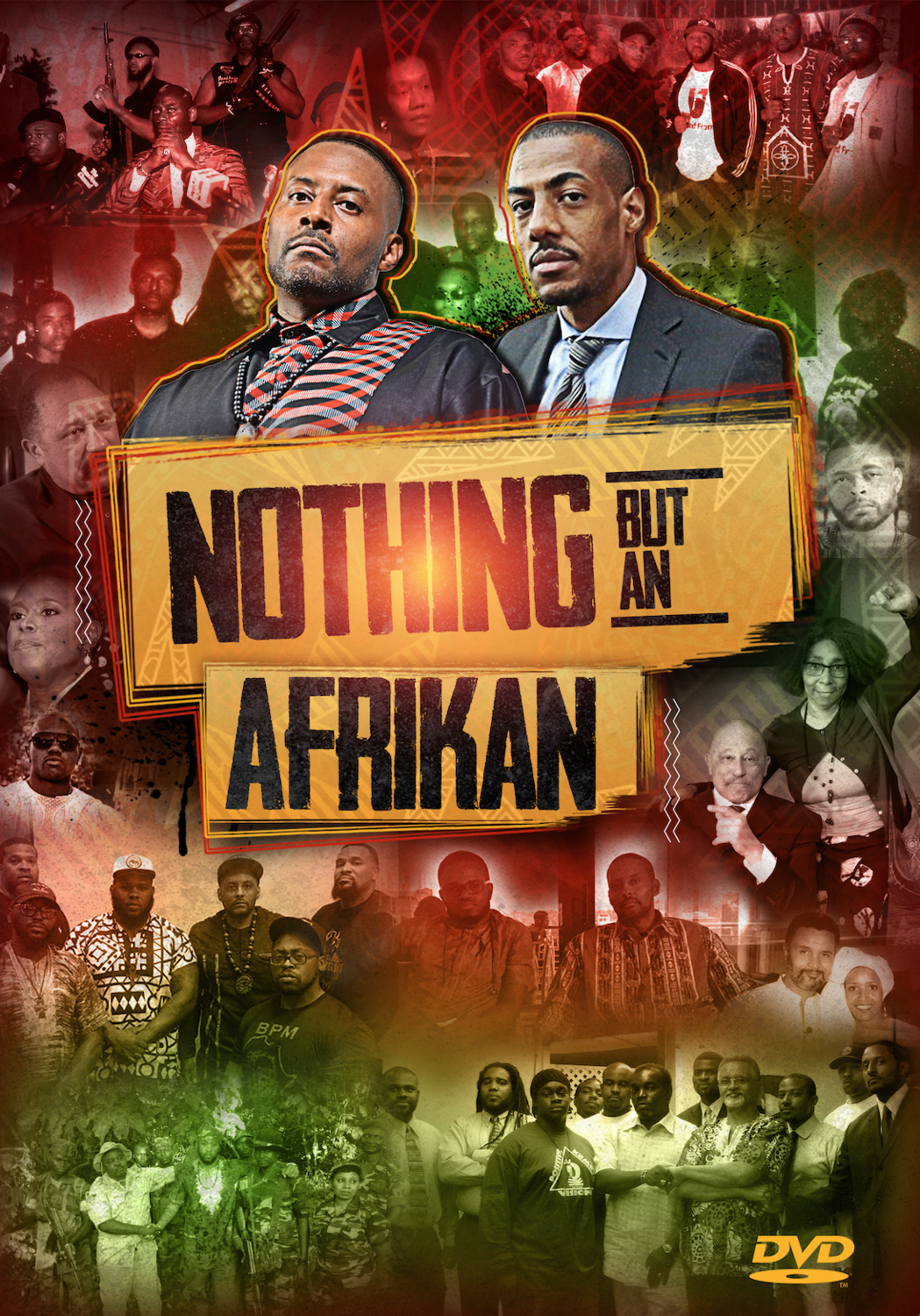 Nothing But an Afrikan (4-Disc DVD Set)

Nothing But an Afrikan

Nothing But an Afrikan is a 4-Disc DVD set that defines and separates what it means to be a Black man in a world where we are surrounded by enemies. In her classic work The Isis Papers, Dr. Frances Cress Welsing established a strong standard by which Black manhood should be measured and it includes protecting the Black world community at all costs. This DVD set reminds us of Dr. Welsing's insight and guidance for our people in the 21st Century.

Irritated Genie does a convincing job of dispelling the concept of "humanity" as some sort of utopian solution to the ever-increasing tension between the races. He makes it clear that Afrikans and europeans are as different as lions and hyenas. They are both mammals, but they ain't friends. Our cultural values create a natural breeding ground for conflict, and this is something that we can no longer ignore or dispel as irrelevant.

Attorney Eugene Johnston of Bermuda highlights the cultural differences between Black people and europeans and why it matters. He discusses the lawsuit he filed against the Bermuda government for essentially trying to force the acceptance of homophilia on Black people. The lawsuit argues that forcing the foreign cultural behavior of homophilia (homosexuality & pedophilia) on Afrikan people is a form of genocide.

The last disc (4) includes the Irritated Genie of Soufeese's entire infamous lecture from Bermuda in September 2015 that got him banned for (5) years. Watch it and see if you find anything in this lecture adequate to get an Afrikan banned from lecturing in a predominantly Black nation.